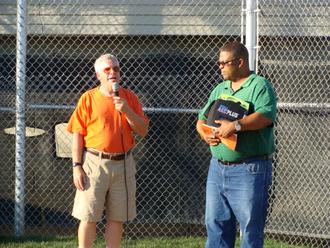 November 3, 2011 - CPR saves Millsboro girl - This past April, 9-year-old Sierra Hall of Millsboro collapsed on the lacrosse field and was saved thanks to the quick thinking of a bystander who delivered CPR.

The Delaware Academy of Public Safety and Security is a co-educational free public charter high school accepting students from throughout Delaware.  The school is enrolling cadets entering 9th grade in August 2011 and will be adding a grade each year (10th grade in 2012, 11th grade in 2013, and 12th grade in 2014).

On February 24, 2011, Ryan Richardson Wagner, 17, of Townsend, Delaware, passed away peacefully, surrounded by his large and loving family.  Ryan suffered a sudden cardiac arrest at home.

May 2, 2010 - Brian Atkins, Jr. and Betsy Foster, the first person to start CPR on the youth when he collapsed.
Brian Atkins, a seemingly robust and healthy 15-year-old Delaware teen, went into cardiac arrest, experiencing “sudden death” on Sunday morning,

June 15, 2014 - Stars aligned to save one Delaware father's life  - There was an automated external defibrillator, its batteries freshly changed, at the Kirkwood Soccer Club complex that day. On Field No. 3, where David Dill was refereeing a New Castle County Adult league playoff, there was an assessor observing Dill. That assessor was certified in cardiopulmonary resuscitation and knew how to use that AED. Read more... 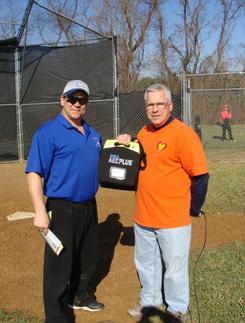 May 13, 20014 - Measure requiring heath screenings for student athletes passes in Del. Senate - Delaware schools would have to screen athletes for hidden heart conditions under a measure that cleared the state Senate Tuesday.  Read More...