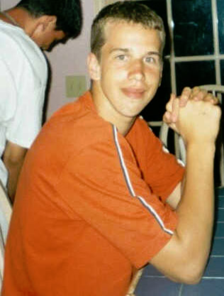 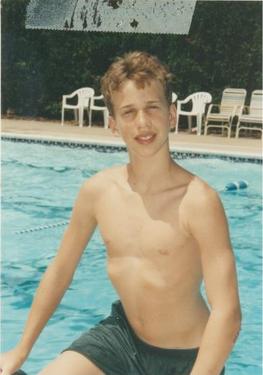 In July 2001, Matthew was between his freshman and sophomore years at McKean High School, Wilmington DE. On July 6th 2001, two days after his 16th birthday, Matt suffered a sudden cardiac arrest (SCA) while casually playing basketball at the community swimming pool. Matt received CPR from the lifeguards until EMS arrived.  EMS had to shock him three times with a defibrillator before he was in normal heart rhythm. Matt was transported to Christiana Hospital (local hospital) emergency room, and was later transferred to AI DuPont Hospital for Children. There, Matt remained in a coma at AI DuPont Hospital for twelve days before passing away on July 18th.

We thought Matt was a very healthy, active boy. He was a member of the McKean High School swim team, the Arundel (community swim club) swim team, and also an avid roller hockey player at the YMCA. As we learned after the event, Matt suffered from a type of heart disease known as hypertrophic cardiomyopathy (abbreviated HCM).

You may not have heard of this type of heart disease. However, about 1:500 people are afflicted with HCM. HCM is predominantly a genetic disease, but many cases are not genetically linked. Matt was the later case. HCM is a disease that affects the heart muscle.  The most consistent feature is excessive thickening of the walls of the heart muscle, primarily the septum. Some people call this enlarged heart. HCM is one of the silent type diseases. With no family history to help the physician, a typical health physical will not identify the disease. An echocardiogram (ultrasound of the heart) is normally required to identify HCM.